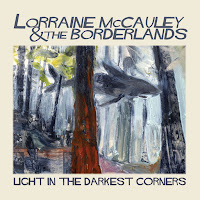 While much of Catalyst Campaigns work tends to be supporting environmental and social justice groups, the arts have so much to offer the wider field of creating positive change and we relish the new approaches that emerge from working from the artist's perspective. Recently we've designed artwork and video-based promotional material for `Light in the Darkest Corners’ - the soaring debut album of Lorraine McCauley and The Borderlands.

Lorraine has been a long-standing climate campaigner and community activist and her music is very much part of that. Karine Polwart recently tipped the band to be the breakthrough act of 2012, and sure enough, the album has been receiving fantastic reviews across the board, including a 4-star review in The Scotsman.

The songs range from tender love stories to feisty battle cries - all rooted in the folk tradition but with an experimental twist placing them firmly at the cutting edge of the contemporary scene.

Already familiar faces on the contemporary Scottish music scene, the talented musicians in Lorraine’s band, The Borderlands, include Jonee Duggan the accordionist and producer of the album, Nick Jenkins on viola, mandolin and fiddle and Billy Hamilton on cello. Together they create a magical and uplifting experience both in the recorded album and in live performances. They raised money to produce their album through Pledge Music - where fans pre-order the album, thereby funding it.

You can hear their music here and order the album here.

Posted by Catalyst Campaigns at 12:15 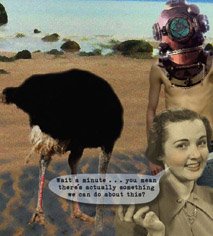